Prior to the announcement of our second trip to Haiti in June, we had already put word out of our return in the future. Friends and coworkers rallied behind the news and began putting together supplies and donations. Since we had just been there in May, we had a better sense of the immediate needs of the Haitian people and Hopital Adventiste. When we heard it would be just just three weeks later, we scrambled to rally support.

A coworker of mine, Louise Craig, had been on several mission trips to Africa and informed me that she knew of a woman from her church who had been making children's clothing, with the intent to donate it on their next mission trip. I asked if she would be willing to donate a portion of what she had made for the children of Haiti. Happily, she agreed. Although I had no idea just how special these articles of clothing were.

Louise summoned the help of her former Pastor, V.J. Puccinelli, to take care of the logistics. He was able to deliver two large suitcases full of these amazing clothes directly to me office. He told me about this lovely woman, Marian Larson, who has spent the last several years lovingly hand-crafting clothing for children living in poverty. She had hoped that they would bring joy to the children and families of Haiti. The only thing she wanted in return is a photo as a keepsake of her tireless effort.

In addition to patients at Hopital Adventiste and families living amongst the hospital grounds, we were able to distribute these beautiful and colorful garments throughout Port au Prince and in a surrounding tent community. Children were overjoyed to receive such wonderful gifts. Mothers, daughters and hospital volunteers all admired the beautiful fabrics and colors that were used in the making of these clothes.

Thank you Marian for your generosity and craftmanship. I have no doubt that they will be worn for years to come and passed down to other family members as Haiti rebuilds. 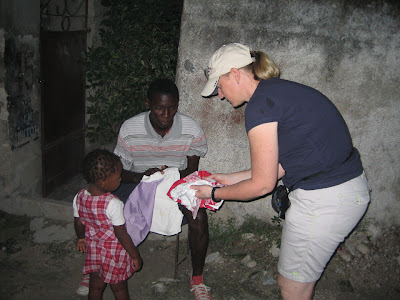 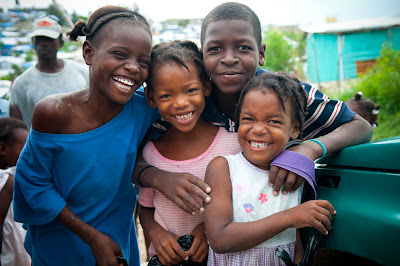 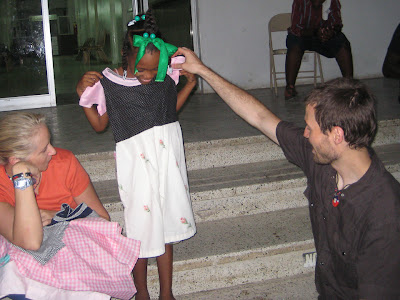